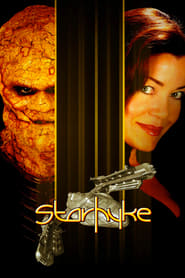 It's the year 3034. Everyone on Earth has become an emotionless drone set on colonizing the solar system. Their lack of emotion makes them a fearless and remorseless race that destroys without conscience. An alien race called the Reptids, intent on releasing a biological weapon to reawaken our emotions.

Shows for Fans of Starhyke