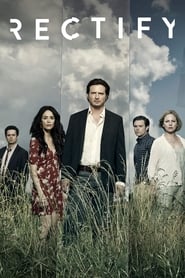 After 19 years on Death Row for the rape and murder of his teenage girlfriend, Daniel Holden is going home. His conviction has been vacated due to new DNA evidence. Now he has to return to a world he no longer knows and his reentry into the outside world may be as unforgiving as prison. Daniel is haunted by the past, dogged by the present, and uncertain of the future. As he struggles to adapt to his new life, his homecoming reignites the fears of a small town and threatens to shatter his family’s fragile peace. Daniel’s alleged crime divided a community. Will his freedom tear it in half?

Shows for Fans of Rectify