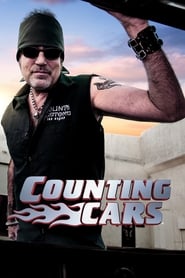 Danny “The Count” Koker and his team restore, customize and sell cars in a hurry, scrambling to keep their Las Vegas shop in the black. From classics to exotics, from hotrods to choppers, Danny and the crew of Count’s Kustoms will stop at nothing to find and flip the greatest rides of all time.

Shows for Fans of Counting Cars