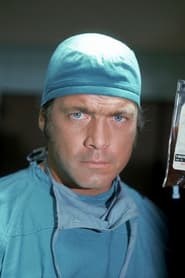 Medical Center is a medical drama series which aired on CBS from 1969 to 1976. It was produced by MGM Television.

Shows for Fans of Medical Center