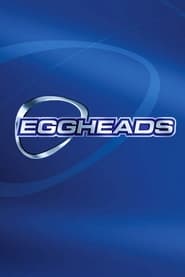 Eggheads is a BBC quiz show which pits a team of five "Eggheads" against a series of teams of five "challengers" who in each episode attempt to beat the Eggheads through a series of rounds. The program was first broadcast in 2003, and co-presented by Dermot Murnaghan and Jeremy Vine. For the 2008 series, Jeremy Vine was brought in to present on nights when Murnaghan was hosting the spinoff series Are You an Egghead?. This happened again from October 2009 while Murnaghan presented the second series of the spinoff show. Since the spin-off show finished, Jeremy Vine has continued to host the second half of each series, which broadcasts 52 weeks a year. Episodes generally air weekdays.

Shows for Fans of Eggheads