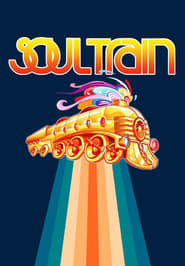 Soul Train is an American musical variety show that aired in syndication from 1971 to 2006. In its 35-year history, the show primarily featured performances by R&B, soul, and hip hop artists, although funk, jazz, disco, and gospel artists have also appeared. The series was created by Don Cornelius, who also served as its first host and executive producer. Production was suspended following the 2005–06 season, with a rerun package airing for two years after that. As a nod to Soul Train's longevity, the show's opening sequence contained a claim that it was the "longest-running first-run, nationally syndicated program in television history," with over 1,100 episodes produced from the show's debut through the 2005-06 season. Despite the production hiatus, Soul Train will continue to hold this honor until at least 2016, if and when its nearest competitor, Entertainment Tonight, completes its 35th season.

Shows for Fans of Soul Train