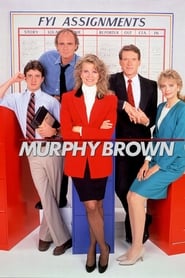 Murphy Brown (Candice Bergen) is a recovering alcoholic who returns to the fictional newsmagazine FYI for the first time following a stay at the Betty Ford Clinic residential treatment center. Over 40 and single, she is sharp tongued and hard as nails. In her profession, she is considered one of the boys, having shattered many glass ceilings encountered during her career. Dominating the FYI news magazine, she is portrayed as one of America's hardest-hitting (though not the warmest or more sympathetic) media personalities.

Shows for Fans of Murphy Brown