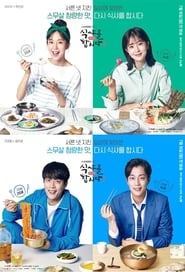 What do a group of foodies and a murder have in common? Lee Soo Kyung is a 33-year-old divorcee who is a composed, confident woman who is happy to be living alone after marrying way too early in life. But the only thing that can make her lose her cool composure is great food. Living next door is another foodie, Goo Dae Young, a single man who loves surrounding himself with gourmet food but hates being asked if he is dining alone at great restaurants. When a strange murder occurs in their neighborhood, how will their lives be intertwined?

Shows for Fans of Let's Eat