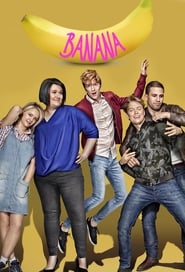 Banana is a 2015 British television series created by Russell T Davies and aired on E4. The sister series to Channel 4's Cucumber and the 4oD documentary series Tofu, Banana is a series focusing on LGBT youth in Manchester, around the narrative of Cucumber. Unlike Cucumber, which is a self-contained serial following the story of one gay man, Banana is an anthology series focusing on the wider LGBT spectrum. The series was nominated for the GLAAD Media Award for Outstanding TV Movie or Limited Series. Banana develops some of the storylines of characters featured in Cucumber as well as introducing many new characters. Banana is primarily a self-contained series, occasional overlapping with the Cucumber narrative. Cucumber, Banana, and Tofu are all named after the same scale of erection hardness, with Banana symbolising the middle of the scale from the flaccid Tofu to the fully erect Cucumber.

Shows for Fans of Banana