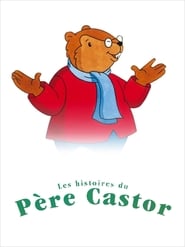 Collection of tales based on the Père Castor series of French children's stories. Papa Beaver's Storytime is an animated television series which tells of Papa Beaver, a caretaker, a father figure, but most importantly, a storyteller. The show starts out with some type of disagreement between the children, who then turn to Papa Beaver for a solution. He begins telling them some stories which are somehow related to the situation the children are in, the stories are either a fable or a fairytale ultimately telling the morality of the story to teach them a lesson about their actions they have done before the story began.