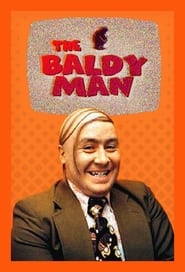 The Baldy Man is a television series starring Gregor Fisher, a Scottish comedian. It was broadcast in two series comprising thirteen episodes on ITV, screening in 1995 and 1997, was made by The Comedy Unit/. The character's chief attributes were his comb over hairstyle as well as his bumbling nature and plump figure. The series was produced and directed by Colin Gilbert who worked with Fisher in Scotland's well known situation comedy Rab C. Nesbitt among many others. The show was written by Philip Differ who was the script editor on Naked Video. The Baldy Man character first appeared in a series of sketches in the BBC Scotland show Naked Video.

Best Episodes of The Baldy Man

Worst Episodes of The Baldy Man

Shows for Fans of The Baldy Man