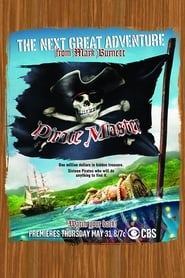 Pirate Master was a CBS reality television show created by Mark Burnett which replaced the previous Mark Burnett show on CBS, Rock Star. It follows sixteen modern-day pirates on their quest for gold, which totaled US$1,000,000. The show was hosted by Cameron Daddo, and took place in the Caribbean island nation of Dominica. The show premiered on Thursday, May 31, 2007. The show also aired on CTV in Canada, Sky3 in the UK, premiered on June 21, 2007 on Network Ten in Australia, and premiered on July 4, 2007 on AXN Asia. On July 10 in the US, the show moved to Tuesdays at 10 p.m.. In its Tuesday run, it would follow the 9 p.m. broadcast of Big Brother 8. As of July 24, in the US, Pirate Master was only online on CBS.com's Innertube, with a new episode presented each week on Tuesday morning.

Shows for Fans of Pirate Master