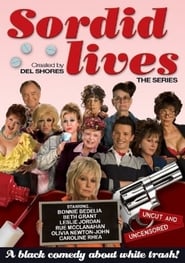 Sordid Lives: The Series is an American television series created, written, and directed by Del Shores and acts as a prequel to 2000 film Sordid Lives, also by Shores, self-described as a "Black comedy about white trash". The show is set in small town Texas and centers around the Ingram family. It stars Rue McClanahan, Olivia Newton-John, Caroline Rhea, Leslie Jordan, Beth Grant and most of the original cast of the film. It premiered on Logo in July 2008. In Canada, Sordid Lives the uncut version can be seen on Super Channel and the censored version on Out TV. According to Logo's contact page a second season will not be produced due to a lack of funding, and the Logo online web page for the series is no longer available. The series premiered in the UK on Film24 in August 2009.

Shows for Fans of Sordid Lives: The Series