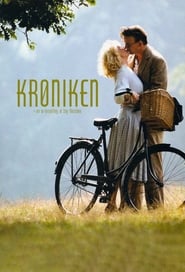 Krøniken is a Danish television drama which aired on Sunday evenings between January 2004 and January 2007. The 22-episode series relates the lives of two fictional families during the historical development of the Danmarks Radio television network from the 1950s to the 1970s. Created by Stig Thorsbøe for the DR broadcast-television network, the series debuted on 4 January 2004. The program's first season set popularity records. Five of the episodes were listed among the ten most watched television programs since records began in Denmark in 1992. The first season finale topped the list with 2,717,000 viewers. In 2004, the program was nominated for the International Emmy Award for Best Drama but lost to Waking the Dead. The series concluded with the 22nd episode airing on 1 January 2007 and watched by 2.4 million viewers.

Shows for Fans of Better Times