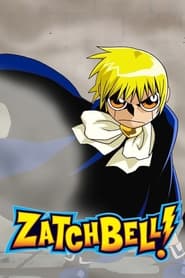 Takamine Kiyomaro, a depressed don't-care-about-the-world guy, was suddenly given a little demon named Zatch Bell to take care of. Little does he know that Zatch is embroiled in an intense fight to see who is the ruler of the demon world.

Shows for Fans of Zatch Bell!