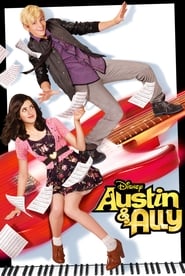 A comedy about the unique relationship between a young songwriter, Ally Dawson, and Austin Moon, the overnight internet sensation who gains sudden notoriety after performing one of Ally's songs. Austin and Ally struggle with how to maintain and capitalize on Austin's newfound fame. Austin is more of a rebel type who doesn't follow the rules and is somewhat immature for his age, while Ally is conservative yet self-conscious.

Shows for Fans of Austin & Ally