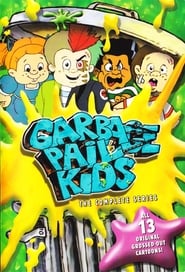 Garbage Pail Kids is a Canadian-American cartoon series which was produced in 1987, based on the popular Garbage Pail Kids trading cards, produced and directed by Bob Hathcock and co-written and developed by Flint Dille. Due to controversial themes, it never aired in the United States. However, it did air in most countries in Europe.