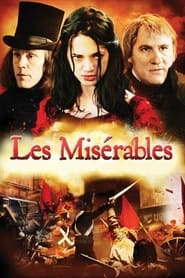 Set against the background of the French Revolution and based on Victor Hugo's classic novel this is the story of Jean Valjean who is sent to prison for stealing a loaf of bread and is released after nineteen years. He meets and cares for a beautiful but poverty-stricken young girl named Fantine who has daughter Cosette. After Fantine's death Valjean brings Cosette up but he is haunted by Javert - a policeman whose search for Valjean has become an obsession.

Shows for Fans of Les Misérables