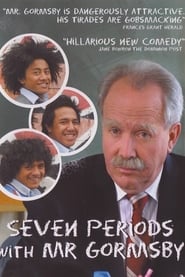 Seven Periods with Mr Gormsby is a satirical New Zealand television series, created and written by Danny Mulheron, Dave Armstrong and Tom Scott. It stars David McPhail as the titular Mr Gormsby, whose politically incorrect attitudes and "old school" teaching style clash and contrast with the environment at the fictional Tepapawai High School. The show pokes fun at the New Zealand education system but also at modern New Zealand social attitudes more generally. Two seasons have so far been made; the first was broadcast in 2005 on TV ONE in New Zealand and the ABC TV in Australia. The second series was shown in New Zealand in 2006 and in Australia, on ABC2, April 2008. DVDs of the series are sold in Australia through the ABC Shop. The program was filmed at two disused schools in the suburbs of Lower Hutt: the first season at Wainuiomata College and the second at Petone College.

Shows for Fans of Seven Periods with Mr Gormsby