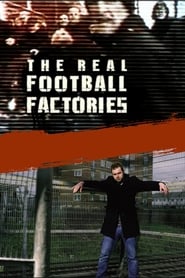 The Real Football Factories is a documentary series shown on the Bravo TV channel in the UK and created by Zig Zag Productions. The show looks at the in-depth life of football hooligans and hooligan firms. Interviews are conducted with past and present hooligans. The presenter of the show, Danny Dyer, also starred in the film The Football Factory. During the series Dyer visits Yorkshire, Scotland, The Midlands, North West England and London to meet up with and interview hooligans. On 25 May 2007 Bravo broadcast a new show, The Real Football Factories International, which looks at football firms worldwide. In September 2007 Virgin Media released a spoof version of the show starring comedian Terry Alderton as Danny Dire.

Shows for Fans of The Real Football Factories