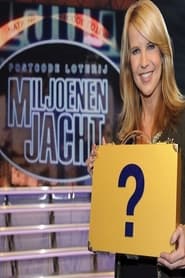 Miljoenenjacht, officially Postcode Loterĳ Miljoenenjacht, is a Dutch game show, sponsored by the country's postcode lottery, where a contestant and at-home viewer could win up to €5,000,000 or as little as €0.01. The show is broadcast at various times, spanning across six episodes for each set. The program was originally shown by TROS on Nederland 2, but moved to creator John de Mol's channel Tien in 2005. After the channel was discontinued after its sale to the RTL Group, the program moved to RTL 4. Originally based on the German game show "Die Chance deines Lebens", the format of the programme's final round used since 2002 has been exported worldwide by Dutch producer Endemol under the title Deal or No Deal, a title also used for Miljoenenjacht's lower-stakes sister spinoff on RTL 5, which is based more off the global format and removes the additional elements.

Shows for Fans of Miljoenenjacht