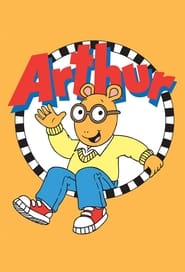 The show revolves around the lives of 8-year-old Arthur Read, an anthropomorphic aardvark, his friends and family, and their daily interactions with each other.