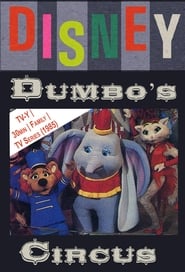 Dumbo's Circus was a live-action/puppet television series that aired on Disney Channel, featuring the character of Dumbo from the original film. The series was in production for three and a half seasons, and reruns continued to air until February 28, 1997. Many of the show's cast went on to star in the popular Christian radio series, Adventures in Odyssey.

Shows for Fans of Dumbo's Circus