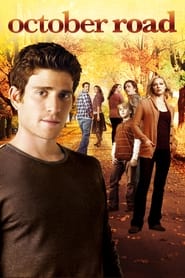 When Nick Garrett was 18, he packed up his truck and said goodbye for a summer road trip that turned into 10 years of being away. He has since become a literary celebrity in New York, living off the fame and fortune of his best-selling novel and movie, based on his hometown friends. To the literary world, Nick defined a generation, but to his hometown, he betrayed them by sharing secrets. Now, without inspiration for a new book, Nick returns to his hometown to find that feelings toward him have changed.

Shows for Fans of October Road