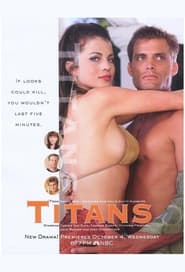 Titans is an American prime time soap opera that debuted on October 4, 2000 on NBC. Thirteen episodes were filmed, of which eleven were actually aired. Produced by Aaron Spelling, the series was initially marketed as a "Dynasty for the new millennium," attempting to emulate the style of Spelling's earlier hit series. However, low ratings led NBC to cancel the series before its first season was completed.

Shows for Fans of Titans