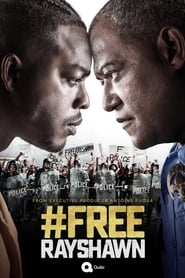 Iraq war veteran Rayshawn takes shelter in his apartment building after being set up by New Orleans police on a drug deal. Amid a police standoff and growing media frenzy, a sympathetic cop tries to convince him to surrender.

Shows for Fans of #FreeRayshawn