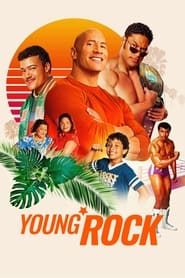 As Dwayne Johnson runs for president in 2032, he takes a comedic look back at his extraordinary life through the outrageous stories of his family and youth that shaped him into the man he is today. He explores his childhood years living amid influential wrestling icons while his dad rose to fame in the business, his rebellious teenage years attending high school in Pennsylvania, and his football years teamed up with powerhouse players at the University of Miami. In his telling, Johnson explains that while his experiences have been larger than life, he remains a down-to-earth guy who still relates to the American people.

Shows for Fans of Young Rock