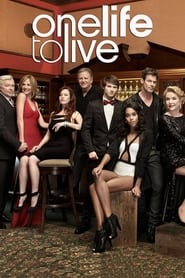 One Life to Live is an American soap opera broadcast on television for more than 43 years on the ABC network, from July 15, 1968, to January 13, 2012, and on the internet as a web series on Hulu and iTunes via The Online Network since April 29, 2013. Created by Agnes Nixon, the series was the first daytime drama to primarily feature ethnically and socioeconomically diverse characters and consistently emphasize social issues. One Life to Live was expanded from 30 minutes to 45 minutes on July 26, 1976, and then to an hour on January 16, 1978. One Life to Live heavily focuses on the members and relationships of the Lord family. Actress Erika Slezak began portraying original and central heroine Victoria "Viki" Lord on March 1971 and played the character continuously for the rest of the show's run on ABC Daytime, winning a record six Daytime Emmy Awards for the role. In 2002, the series won an Emmy for Outstanding Drama Series. One Life to Live was the last American daytime soap opera taped in New York City, based outside the Los Angeles area, and is now the second American daytime soap opera taped at the Connecticut Film Center in Stamford, Connecticut.

Best Episodes of One Life to Live

Worst Episodes of One Life to Live

One Life to Live Episode Guide

Shows for Fans of One Life to Live