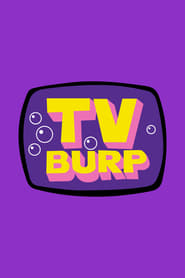 Harry Hill's TV Burp is a British television comedy programme that ran for 11 years from 2001 to 2012. It was produced by Avalon Television for ITV and hosted by comedian Harry Hill. The show presents a look at the week's television, including extracts from TV shows with added sketches, observational voice-overs, and guest appearances. The show is based on clips of the previous week of programming on television, frequently reinterpreting actions or lines of dialogue in a humorous way, or pointing out how views of props or sets amusingly resemble other objects, and often lightheartedly or sarcastically commenting on the actual intended content of the programme. To produce the show, Hill and his programme associate writing team, including Brenda Gilhooly, Paul Hawksbee, Dan Maier, Joe Burnside and David Quantick, watch significant amounts of television, much on preview tapes. Clips from a variety of shows across most channels are included in the show, with soaps, dramas and popular-factual series being the most commonly represented genres. The clips are shown outside of the context of their original programme and only limited information about the scene is given, as the focus of the show's treatment is on the often unintentional humour which can be derived from the scene. The show was filmed at Teddington Studios, Greater London, in Studio 1 for series 1 to 8. From series 9 to 11, the studio has been the BBC Television Centre in London.