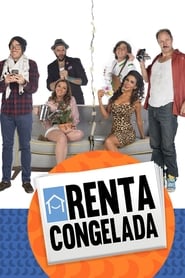 Two marriages, one young and one mature, are forced to live in the same house for five years after being victims of a real estate fraud. The owner of the house, an elderly woman with Alzheimer, rented the property to both couples at a ridiculous price. Everyone believes they have found the ideal home ... Young people to start their lives and mature to live in the home that only in dreams could have had in their youth. When each of them learned that the other marriage would necessarily share the space with them, they decide to make each other's lives impossible to force the other to leave the house. From sharing the refrigerator, to sitting at the same table will turn into a war of the field. Walking in underwear around the house or leaving the socks worn on the stairs will be the daily life of four people who must take on the biggest challenge of their lives, living in the same space with perfect strangers for five years.

Shows for Fans of Renta Congelada