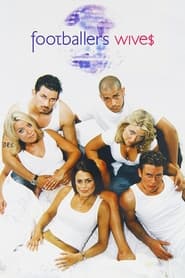 Footballers' Wives is a British television drama surrounding the fictional Premier League Association football club Earls Park F.C., its players, and their wives. It was broadcast on the ITV network from 8 January 2002 to 14 April 2006. The show began with a multi-lateral focus on a variety of different types of relationships explored; however, from the third series onward, the primary focus was on a complex love triangle between Tanya Turner, Amber Gates and Conrad Gates.

Shows for Fans of Footballers' Wives