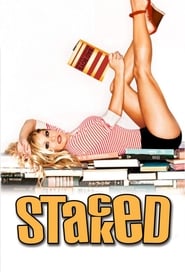 Stacked is an American television sitcom that premiered on Fox on April 13, 2005. On May 18, 2006, Stacked was canceled, leaving five episodes unaired in the United States. The last episode aired on January 11, 2006. The five unaired episodes have since been aired in reruns in the UK, Israel and Switzerland.

Shows for Fans of Stacked