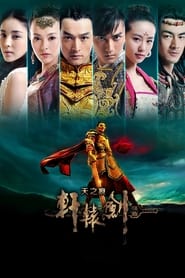 Can they put their differences aside for the greater good? Chen Jing Chou is a playful, childish descendant of the Chen Dynasty. Yu Wen Tuo is the descendant of the rival Northern Zhou Dynasty who is on a mission to recover his fallen empire. When Jing Chou’s shifu (master) is placed into a frozen limbo by Satan, Jing Chou and Wen Tuo join forces to hunt down 10 mystical weapons that can close the Gates of Hell and banish the evil demons from the human world. Joining them on this epic journey are Tuo Ba Yu’er and Du Gu Ning Ke. Can the bickering group put their personal feelings aside for the good of humanity?

Shows for Fans of Xuan-Yuan Sword: Scar of Sky