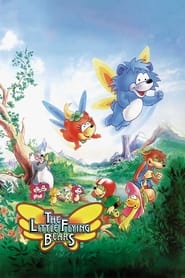 The series focuses on a rare species of little bears with wings that live in the magical forest in a utopian cooperative community. The little flying bears together with their friends, took on themselves the task to defend their forest from pollution. However, their efforts, very often, are disturbed by two weasels, Skulk and Sammy, which strive to pollute the forest. Every so often the weasels receive help from Slink the snake. The three always strive to find new ways to disturb the harmony of the forest but their plans are destroyed always by the bears. The bears are always attentive to the advices of the old bear, Plato (who is too old to fly) and his friend Ozzy the owl. This cartoon helps children realize the importance of protecting the environment. The series shows the harmful effects of pollution and fires as well as the important role of the ecosystem.

Shows for Fans of The Little Flying Bears