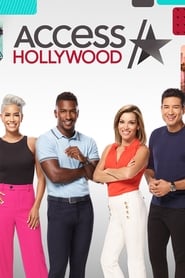 Access Hollywood is a weekday television entertainment news program covering events and celebrities in the entertainment industry. It was created by former Entertainment Tonight executive producer Jim Van Messel, and is currently directed by Robert Silverstein. In previous years, Doug Dougherty and later Christopher A. Berry directed the program. Access Hollywood primarily focuses on news in the music, television, and film industries. The United States version began broadcasting on September 9, 1996, and is nationally syndicated in the United States. In 2003, a British version of the show began production and in an Irish version began in 2006 airing on the now defunct Channel 6, now known as 3e. In Canada, CTV Two has aired the program since September 5, 2011.