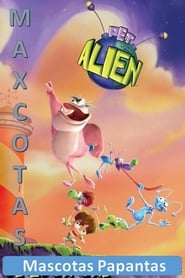 Pet Alien is a US computer-animated series produced by Mike Young Productions and Antefilms Productions in 2005. It was created by Jeff Muncy and the episodes are mainly written by Dan Danko and directed by Andrew Young. The series centres around the 15-year-old boy Tommy Cadle, whose lighthouse is invaded by five aliens. Crest Animation studios brought this story to life with their computer graphics expertise and this series was executed by a crew based in Mumbai, India.

Shows for Fans of Pet Alien