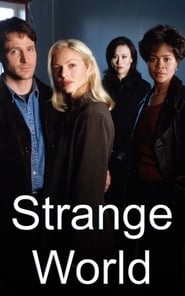 Strange World is an American television program about military investigations into criminal abuses of science and technology. ABC commissioned 13 episodes, of which three aired in March 1999, before the network cancelled the program. The remaining ten episodes produced subsequently premiered on the Sci-Fi Channel in Spring 2002. The series was created by Howard Gordon and Tim Kring. In a webchat during the 2002 run on Sci Fi, Gordon stated that, since the producers felt ABC was not going to support the show, the producers had the opportunity to write a conclusion to the story.

Shows for Fans of Strange World