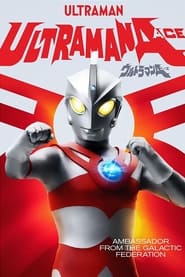 Yapool, an ancient interdimensional race of beings tries to conquer the Planet Earth with his army of monsters, called Terrible-Monsters. The newest member of the Ultra Brothers, Ultraman Ace, arrives on Earth to aid humanity in the battle against Yapool. Touched by the sacrifices of Seiji Hokuto and Yuko Minami, he revives them and grants them the Ultra Rings, which allows them to transform into Ultraman Ace in times of need.

Shows for Fans of Ultraman Ace