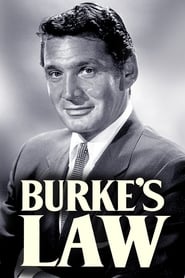 Burke's Law is an American detective series that ran on ABC from 1963 to 1965 and was revived on CBS in the 1990s. The show starred Gene Barry as Amos Burke, millionaire captain of Los Angeles police homicide division, who was chauffeured around to solve crimes in his Rolls-Royce Silver Cloud II.

Shows for Fans of Burke's Law