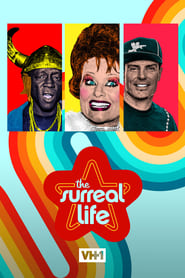 The Surreal Life is a reality television series that sets a select group of past-their-prime celebrities and records them as they live together in Glen Campbell's former mansion in the Hollywood Hills for two weeks. The format of the show resembles that of The Real World and Road Rules, in that the cameras not only record the castmates' participation in group activities assigned to them, but also their interpersonal relationships and conflicts. The series is also likened to The Challenge in that previously known individuals from separate origins of entertainment are brought together into one cast. The show's first two seasons aired on The WB, and subsequent seasons have been shown on VH1.

Best Episodes of The Surreal Life

Worst Episodes of The Surreal Life

Shows for Fans of The Surreal Life