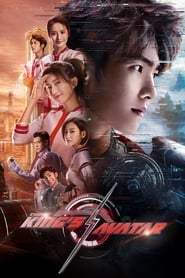 Ye Xiu is the star player on an esports team that dominates the Chinese leagues of hit multiplayer titled “Glory.” His gaming days appear to have come to an abrupt halt, however, when he is forced out of his team – who are keen to accept a lucrative sponsorship deal he is vehemently opposed to. Dejected, Ye Xiu takes a job at a late-night Internet cafe, and eventually strikes up a friendship with Chen Guo, the cafe’s owner. Eventually, Chen Guo reveals her plan – to launch a new “Glory” team led by Ye Xui. Will Ye Xiu resume his “Glory” days? And can he recruit – and train – enough fellow members to return to the top of the national rankings...and take revenge on his disloyal former teammates?

Best Episodes of The King's Avatar

Worst Episodes of The King's Avatar

Shows for Fans of The King's Avatar