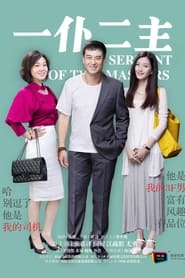 Yang Shu (Zhang Jiayi) works as a personal driver for Tang Hong (Yan Ni) who is an accomplished business woman. His daughter Yang Shumiao (Guan Xiaotong) is stubborn and rebellious which results in frequent arguments between the two. Even though Meng Laicai (You Yong) has been pursuing her, Tang Hong hasn't married in all these years because she is in love with Yang Shu. However, their difference in status has prevented Yang Shu from accepting Tang Hong. Through his daughter, Yang Shu meets Gu Qingqing (Maggie Jiang), a young woman who resembles his ex-wife. As Yang Shu gets caught between two women, it ignites a series of events.

Best Episodes of A Servant of Two Masters

Worst Episodes of A Servant of Two Masters

Shows for Fans of A Servant of Two Masters