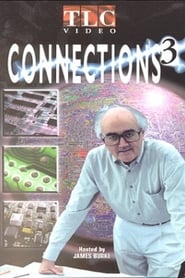 In the conclusion to his groundbreaking series, James Burke continues to make incredible connections to history's most important discoveries and inventions.