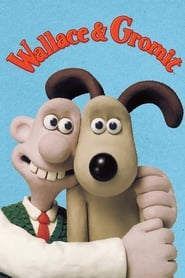 Wallace and Gromit are the main characters in a series of four British animated short films, several series of short interstitials, and a feature-length film by Nick Park of Aardman Animations. All the characters were made from moulded plasticine modelling clay on metal armatures, and filmed with stop motion clay animation. Wallace, an absent-minded inventor from Wigan, Lancashire, is a cheese enthusiast (especially for Wensleydale cheese). His companion, Gromit, appears to be rather more intelligent than his master. Wallace is voiced by veteran actor Peter Sallis; Gromit remains silent, communicating only through facial expressions and body language.

Shows for Fans of Wallace & Gromit