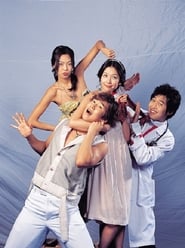 This series is about a 19-year-old girl, Yoo Min, who was being abandoned after the death of her mother. She lives alone with her adopted brother, Kang Pyo. She accidentally meets Seung Jae, the younger brother of Min Jae. By chance, Yoo Min actually had a crush with Min Jae, a doctor who treats her brother illness for a long time. To fight off his mother demand, Min Jae gets in an engagement contract with Yoo Min and they all end up living at Min Jae's house. Unexpectedly, Yoo Min and Seung Jae are going to the same high school. From there, Seung Jae secretly loves Yoo Min. On the other hand, Yoo Min's father who got amnesia from a car accident is looking for her again when 15 years ago, she had been abandoned by two women who worked at the restaurant. The conflict comes when the people who are living in Min Jae's house are actually related to Yoo Min's abandonment. They are the ones who stole the inheritance and abandoned her when she was four year old.