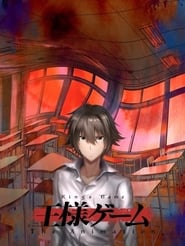 Kanazawa Nobuaki has transferred to a high school far from where he used to live. Due to an incident at his old school, Nobuaki is afraid of getting close to his new classmates and keeps himself at a distance, but he starts opening up because of a sports day inter-class relay. Then a single text message from someone calling themselves the "King" is sent to everyone in class. Nobuaki's classmates think it's a simple prank and don't take it seriously - but Nobuaki knows that a death game is about to begin, and struggles to oppose it...

Shows for Fans of Ousama Game The Animation