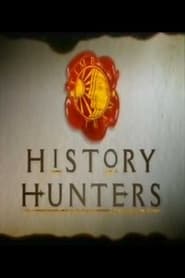 History Hunters was a British television series that aired on Channel 4 from 1998 to 1999. Presented by the actor Tony Robinson, the show was a spin-off of the archaeology series Time Team, first broadcast on Channel 4 in 1994. The series is also known as Time Team: History Hunters. Each episode of History Hunters featured people trying to discover more about an area and its history.