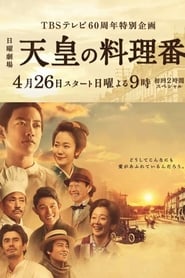 The drama series depicts the life of Tokuzo Akiyama, head chef of the Imperial Household Ministry’s Imperial Cuisine Division during the Taisho (1912-1926) and early Showa (1926-1989) eras. Based on a true story and book by Hisahide Sugimori, 'The Emperor’s Cook' follows the life of country boy, Akiyama, who arrives in Tokyo in pursuit of the culinary arts. Driven by a deep love for his wife and family, a great reverence for his teachers, strong reliance on friends and an abiding love for cooking, Akiyama eventually rises to become 'the Emperor’s cook'.

Best Episodes of The Emperor's Cook

Worst Episodes of The Emperor's Cook

Shows for Fans of The Emperor's Cook