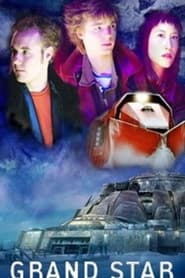 Grand Star, called La Compagnie des Glaces in France is a Canadian French Belgian Co-production science fiction television series playing on Space and A-Channel as of September 2007. Set in an apocalyptic future 100 years after a cataclysmic nuclear explosion on the Moon sends the Earth into a new Ice Age, the show revolves around the interactions between a small community of Earth survivors and the returning descendants of colonists who escaped Earth in advance of the disaster. The series is adapted from a series of novels called La Compagnie des glaces by Georges-Jean Arnaud. A multiplayer strategy game based on the universe of the TV series was launched in 2007. In the game, players face each other and use their trains to gather money for the control of energy sources. A French video game named Transarctica was also based on the novel series and haphazardly translated into English. The first novel in the series was translated in 2010 under the title The Ice Company by Jean-Marc Lofficier & Randy Lofficier ISBN 978-1-935558-31-6

Shows for Fans of Grand Star