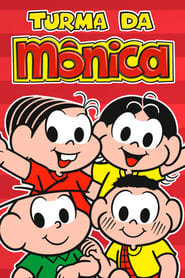 Monica, the leader of the crew and 'ruler of the street,' is a little girl with a strong personality, not one to overlook any insult. She absolutely loves her stuffed bunny, Samson, and takes him with her everywhere. Jimmy Five, one of her best friends, is a smart kid, but he's always provoking her. Maggy is Monica's best friend and a super cute girl, who is always eating watermelons. To complete the show's main quartet, enter Smudge, a skillful boy who is terrified of water.

Shows for Fans of Monica & Friends